I learned that open relating, first and foremost, does not mean multiple partners. It means honest relating. I am a stronger, more aware person than I was before entering into this relationship. I grew into a more honest person in regards to my feelings. I learned how to open up and express myself freely. I know that his purpose in my life was for my personal growth and for that, I am thankful.

But while, I am thankful for the growth and self-discovery, all the other sh! Not in this situation at least. A messed up person will be a messed up person—whether in an open, poly, or monogamous relationship. With all that being said, I am leaving the open relationship. I love him, but I do not like a large part of the person I grew to know. I tried to accept and understand a lot, but there was always something.

A one-night stand might happen in the best of relationships, a brief excitement that is later regretted, usually because they got caught. But someone who's unhappy and resentful, bored or not getting their needs met will leave you one day regardless of whether your relationship is monogamous or polyamorous. In a poly relationship, other partners can be a source of happiness, self-esteem and satisfaction. Even knowing Charles was juggling multiple partners, I never doubted how important I was to him, because he never left an information gap for me to fill in.


He told me all the time how special I was; he'd message me to let me know how much he was looking forward to seeing me again. Lack of appreciation makes your partner needy and insecure, not sharing your time and attention with work, friends or family. Daily life in long-term relationships can make it hard to feel that excitement, let alone communicate it. Have date nights instead of just flopping in front of the TV together and make the buildup to those nights as much a part of the event as the date itself. Charles and I never did the couple-y, lounge around in unflattering clothes part -- and it made each meeting spark.

I've always felt like past boyfriends compared me to other women. Some of them directly pointed out attractive women who were thinner, younger or, in one case, more innocent-acting than me. Others did not, but I still assumed they were at risk whenever a thinner, younger, more attractive, different woman was around. Dating Charles meant I had to reconcile myself to being one of many, but I also discovered that did nothing to lessen my appeal.

I stopped resenting other women or seeing them as competition, because I wasn't going to lose what I had if he was with them, too. As a result, I'm much more at ease with other women than I was before, which is a good thing for every aspect of my life, not just my current relationship.

When I first got involved with Charles, he outlined the small print. He would never leave his wife. He would only stay over by pre-arrangement. His wife would know about me she is just as active in the poly world as he is , and he didn't think he could be in love with two people at the same time. With my expectations managed, I didn't run into brick walls trying to make the relationship something it wasn't.

I was free to enjoy all the things it did provide. Friendship, support, great sex, an emotional connection, but not "love. 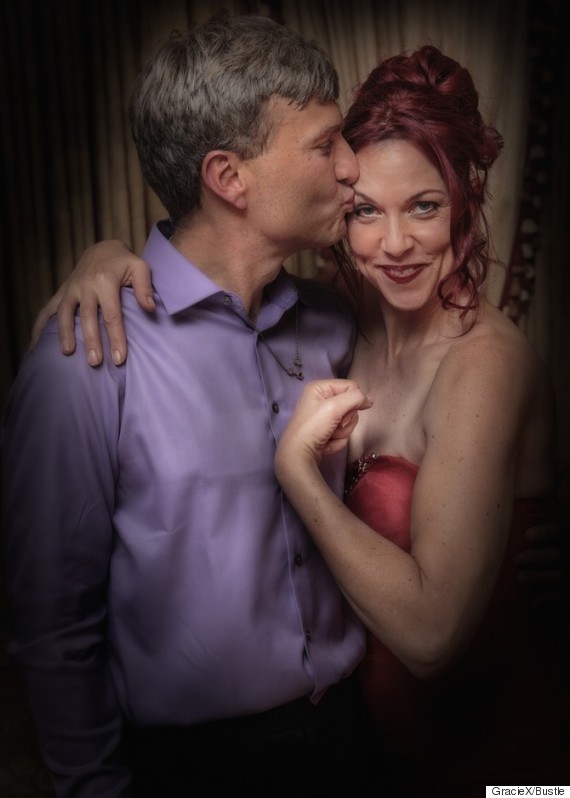 In my new relationship, the scope of my expectations is wider and deeper, but one thing I know will never happen is living in the same place. I'm not secretly hoping he'll change his mind the more he falls in love, which means not storing up disappointment for the future.

A Year Later: Why Dating A Man In An Open Marriage Didn’t Work | MadameNoire

Poly relationships have more ebb and flow and more overlap. Things are more likely to develop into something else than to end.

Charles is friends with all his previous lovers. I've always hated mine in the end or, at the very minimum, felt a lack of interest bordering on hate.

But Charles and I haven't had any breakup drama to go through — merely an adjustment.