Personalise your news feed by choosing your favourite topics of interest. Create your own newsfeed. This site uses cookies to improve your experience and to provide services and advertising. By continuing to browse, you agree to the use of cookies described in our Cookies Policy.

You may change your settings at any time but this may impact on the functionality of the site. To learn more see our Cookies Policy. Give it to us straight. Ben and Amy on First Dates Ireland. Yes, split the bill No, one person should pay Vote. See more articles by TheJournal. Contribute to this story: Please select the reason for reporting this comment. Please select your reason for reporting Please give full details of the problem with the comment Stay civil, stay constructive, stay on topic.

Please familiarise yourself with our comments policy here before taking part. Leave a comment cancel Log in with: Regardless of who earns more money and what your intentions are, why on earth do we still entertain such out-dated traditions?

Poll: Should you split the bill on the first date? · ajypeges.tk

With this in mind, I quizzed some of my female friends on their first date expectations and many appeared to be thinking along similar lines. Being looked after is nice but so is making clear one is quite capable of looking after themselves. Others argued if a man insisted on paying, there was no need to play the feminism card. But, according to a survey done by California State University in , while 57 percent of women said they always offer to pay the bill on dates, more than a third were bothered if their offer was accepted.

Another study of millennial women by Refinery 29 revealed even though 46 percent of women felt guilty for letting a man pay on the first date, 59 percent felt a man should always offer and almost half said they would let him. A time when men were expected to provide for their families, while many women stayed home and ran the household.

I am seeing different people from time to time, despite my cautious of being taking advance of, I am still genuine and caring to each single person I've seen, for my real close friend I have no problem paying extra or pick up the check, I always buying small surprise for them roses, grocery etc. I really appreciate Friendz who helped me walk through the rough, very rough time.

However I found out that I have zero tolerance for sharing the bills with my dates, especially on the first dates. I panned things well and I have had offered many times to my dates and made sure every pieces of the detail of the plan made through without him to worry where to go next where to eat whether it's closed, etc. I am not expecting nor looking forward to participate in an activity which you offered initially but still need half of my effort to complete eventually. I find it really cheap, I feels like being taking advantaged.

The splitting bill probably not a profound scenario to use as an example for my feelings above but it's the most direct and recent situation I been through and I feel it related to this case. I come from one such country where men take women out and foot the bill but even I think splitting the bill in half is reasonable and, quite frankly, a good thing. Fellow something lady here. This doesn't strike me as tacky or rude of him. I don't know many people my age that can afford to pay for every first date they take someone on.


If you're expecting to have your date pay for you, you might need to date older people, or make it explicit that you want to go on a date that's no cost. Splitting bills is pretty much the norm for millennials now, not only because of shifting gender roles, but because most of us are broke or in debt. 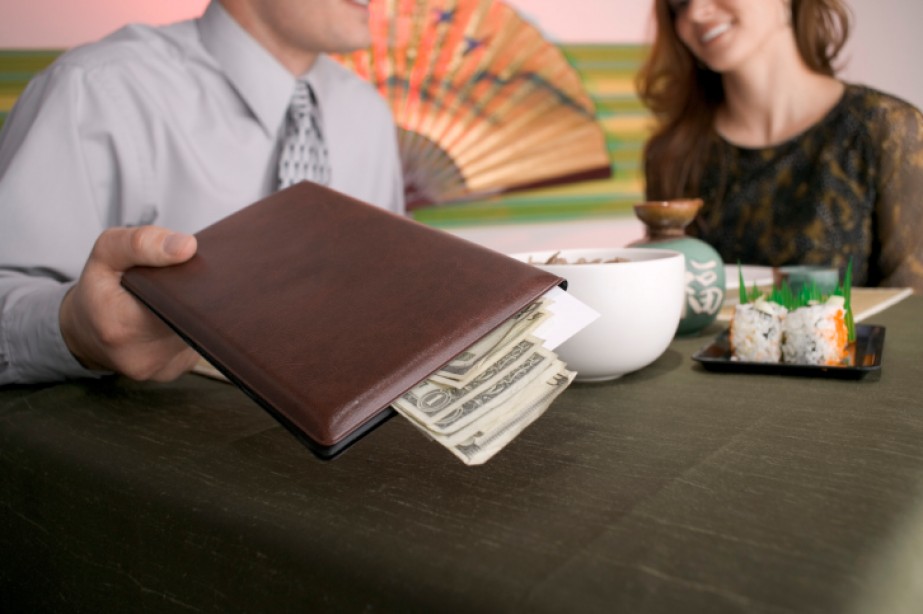 This presents as a sense of entitlement I would not want in a potential partner. Maybe limit yourself to dating people with similar backgrounds where this is an expectation both of you share and an explanation isn't necessary. I am a Canadian woman who dates men. I prefer to split expenses on dates as I am looking for a partner who can be my equal, not someone to take care of me. I am very uncomfortable being paid for.

I would gently suggest that you consider whether this is something you might consider adjusting your perspective on as I think it may make dating difficult for you in Canada, especially in your age group. With regard to your question, the only suggestion I can give is that you be upfront and tell them immediately when asked on a date what your expectations are so that you can both decide if it's going to work for you long before the cheque arrives. I'm not entirely clear on what your reasons for being uncomfortable are. From what I can understand, are you doing all the planning and you'd like him to then pay for the date as his contribution?

Generally I think if everyone contributes equally to dates, both financially and with regard to planning or takes turns , it sets up the relationship on a stronger footing. If this is the case, I'd suggest you not take on a larger part of the planning, but ask your date to participate in this, too, so both cost and planning is split You mention you were in an abusive relationship in which you also always split the bills.

If I'm understanding you correctly, you paid half in order to stay with this person. I'm guessing that there was some dynamic he created that you were always afraid of him leaving. This seems like a key part of your anger about being asked to split the bill on a date, perhaps more than cultural differences. I think it's worth doing some more thinking about this abusive relationship and your fear of ending up in another abusive relationship.

I think that even if you get over bill splitting for the sake of cultural differences or only date men who pay for everything you will find some other sign of something that reminds you of your ex to focus on. It's worth doing some reading on abusive relationships to learn what are the real red flags of abuse and separate out these false flags you are focusing on. It's totally normal, by the way, after an abusive relationship to have these triggers but not all of them give you good information about a person's character.

For example, many abusive men will insult you under the guise of teasing you then tell you you just can't take a joke. If your ex did this and a new date does this it is indeed a red flag. However, if your ex always drove you home after a date because he was jealous and wanted to make sure you weren't meeting another man and a new date offers to drop you home to be polite these are behaviors that look the same but have different intentions and the new date's behavior is not necessarily a red flag. Why Does He Do That is a great book for learning about red flags.

It's understandable to hate something that reminds you of your ex. I hate things that remind me of an awful ex. There's nothing really wrong with those things, just that I have bad memories associated with them.

Because splitting bills is so common in this culture, you'll need to tell someone on the first date that you don't like splitting the bill. There's just something about splitting one thing that turns you off. But be quick to add that you don't mean he should pay for everything.

Tell him you would rather take turns treating each other. If he planned and paid for the first date, you'll plan and pay for the second date. Or if he buys dinner, you'll pay for the movie tickets. And let him know that you're fine with activities that are free or very cheap, like going for a walk or a picnic. I think this is really a cultural thing and I don't mean Canada vs. To you, when a guy doesn't pay for his date it's a signal, or an outright statement, that he's cheap. To the guy, it might signal, or state, that he believes in modernity and gender equality. Maybe he's just dated too many people like me who strongly prefer not to be paid for by people we don't know well.

It might mean that he believes, pretty logically, that men paying women's way made sense in a world where men didn't allow women to control or earn their money, but makes no sense in a world where theoretically both have the same earning potential. It might mean that his friend group is the kind where everybody splits because they're too broke to treat each other. It might mean that he was uncomfortable with splitting the bill for a long time and felt terrible shame about being broke, until people finally told him that he just needed to get over it and if a woman couldn't deal with it, that was a sign things weren't meant to be.

Or it might mean that he's cheap and taking advantage of you. The thing is to separate the action from your immediate interpretation of it, because you might be coming from different contexts in which it means two very different things. I think this leaves you with two options: A decide it's really important to you that a guy pay.

Then you have to be upfront about it, and understand that he and others might read your position on this in ways you find inaccurate.

Poll: Should you split the bill on the first date?

B decide that what's important to you is not who pays, but that the person you're dating show you a certain level of thoughtfulness, consideration, caretaking, whatever. In that case, I would consider the whole package: Does he pay but not give you what you need otherwise? Are you truly looking for a paternalistic relationship based on specific gender roles, or can you feel loved and comfortable with one where you create your own roles?

On preview, I agree with the comments possibly connecting this to your ex what made you willing to split the bill with him? I think it's fine if you expect him to pay the whole bill if you are planning on alternating being the one who pays. So he pays this time, you pay next time. It's not fair to him to have to pay every time. From dating broke-ass men in the UK, getting them to pay half the bill would be an improvement, not a downgrade.

But a lot of this is expectation, which often remains uncommunicated - for example, my mum warned me to be wary of men paying for everything for you, because it sets up expectations in return not quite as direct as "I paid for dinner so you owe me sex", but a sense of obligation perhaps to continue dating them, or agree to things that you wouldn't otherwise agree to.

So a guy expecting to pay for everything would mildly raise my hackles - not in an extreme way because I understand people are brought up differently, but because that's the warning that would go off for me. It doesn't necessarily have a relationship to the actual motivations of the guy - which seems the case here. I feel like the bill splitting has been covered well, so I'd like to address this: This is not a very mature way to get your needs met.