Wingman is an event game mode added to Counter-Strike: After November 13, , the game mode became permanent, along with the new match matching algorithm called "Trust Factor. In this mode, maps are smaller and more compact, and there are only 2 players on one team. Other rules are similar to Competitive. 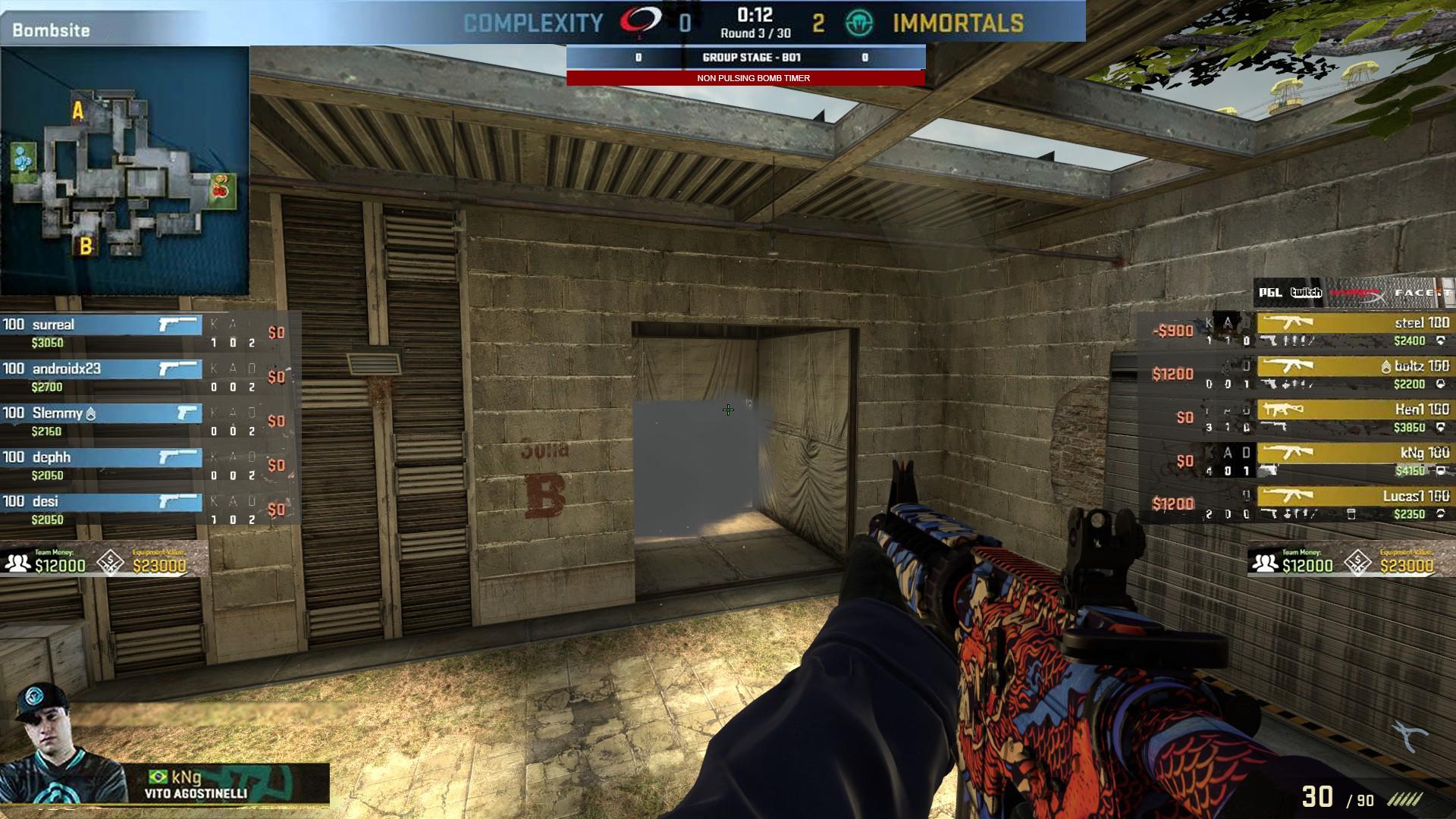 You must be pretty toxic dude. I have around hours in CS: GO and have been kicked at least 10 times TK, douchebags, etc, etc and i have never got anything more then a 30 min ban. Having friendly fire on in a CS game with randoms seems like a bad idea anyway.

Fine if you're playing with friends, but there are too many terrible people in public matchmaking. I don't have to worry about that jackass who shoots all over the place for no good reason.

Aren't matchmaking servers often servers external to Valve? So if someone who has a ranked server chooses to ban you or one of their admins does , you're banned from all of matchmaking or wider? Surely they require a long-established trend of evidenced misbehavior before automating the enforcement of such a punishment? Oh wow, I didn't even know systems like that were in place.

Also, I have seen a lot of people in CS: GO's chat accuse AWP players of using aimbots. If you're really good with that rifle, maybe some people reported you? It's just a thought, maybe a dumb one, but I dunno. Had no idea there was a server browser in there. Usually I just go to the to competitve matches and it does its magic, then you get the 'ready button'. For those wondering, I am only on 'cooldown' for competitive, ranked play.

I can play casual, demolition, arms race, and deathmatch still. Those dont really appeal to me though I wanna be playing good ol CS rules. Dota takes it one step further.

It's a real bad scene down there. Keep going through different servers until you find one you like and stick with it. Going to random servers all the time means you will have to deal with a variety of different communities, and their different attitudes. There are definitely servers out there that are no bullshit and closely moderated going by my experience with tf2, which has a similar server set up.

I can't quite recall how it worked for simplified, but complex should be like any other valve multiplayer game. I don't have it installed currently so I can't give exact directions, but I know its in there somewhere. GO but can't you just run your own server?. This never happened in the old days, Especially if you ran your own server.


People still play 1. If so then you can go back to that.

I read some about CS: GO and it seems a lot of people think it is the best one. It took years for many to switch from 1. I am surprised everyone jumped on the new game so fast. It took me a long time to get used to Source after 1. I guess it would be the same, hard to go back to Source after GO. And I am too old now for those games. I was good back in but not so much these days.

I know that, I have about hours in dota so I'm aware of the penalties but I feel like maybe locking someone out of the game for 24 hours or something would really discourage just being a huge asshole. When you hit competitive you go through matchmaking, you don't pick who you play with or against and you don't pick a server either.

Temporary bans are issued automatically for leaving a game, team killing, being vote kicked by other players etc. Each time increasing the duration. In my experience, automatic bans like this without an appeal process are always more punishing to normal players. Emergency do happens forcing you to leave, a team full of jackasses happens, a server lagging like shit happens. All those things happen all the fucking time. And with no way to block specific players from being matched with you this can be a real problem.

Play enough matches and it's not that rare from playing with the same players more than once since you are still matched with players of similar skills. Oh your comment in this context sounded like outside looking in. Or at least I read it that way. I'm not so sure about blocking matchmaking completely. I ended up in low prio for 24h once because my internet went out 3 games in a row, so if that had been a complete block I'd be pissed. And most people who never get the hint just remain in low priority in perpetuity so we don't have to deal with them anyways. Might as well have been a ban at that point.